The annual Buccaneer Coronation, modeled after a royal court reminiscent of the Spanish rule of Queen Isabella and King Ferdinand, pays homage to 16th century explorer Alonso De Pineda who discovered Corpus Christi Bay. Each year King Alonso and the Queen are crowned at the Coronation pageant. King Alonso, the Queen and the Princess of the court remain closely guarded secrets until they are each presented at the conclusion of the Coronation.

The Coronation and its time-honored traditions began in Corpus Christi in 1954 when – at the request of the local Civitan Club – Las Doñas de la Corte presented a Buccaneer Days Coronation Pageant, designed to promote Buccaneer Days festivities in South Texas and throughout the state. The King’s Men organization was formed to support and further publicize Buccaneer Days and Corpus Christi, as well as to assist Las Doñas with the court and the annual celebration.

Each year Las Doñas presents this extraordinary pageant, honoring local and out-of-town families, as they celebrate the traditions of the past which are woven into the present and culminate in a magnificent night of courtly splendor. Since 1954, thousands of families have participated in this community event. In keeping with that heritage and tradition, Duchesses and children in this year’s court represent second, third and often fourth generation family participation in this festive annual event. 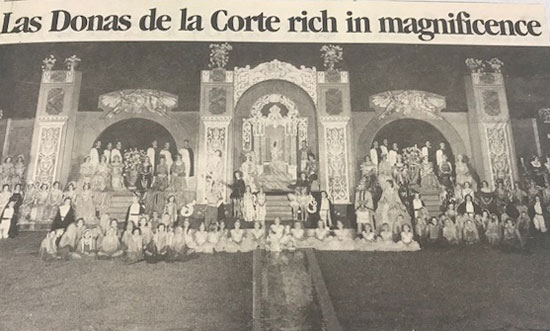 A glimpse of the first Coronation held at Clark Field on June 3, 1938. 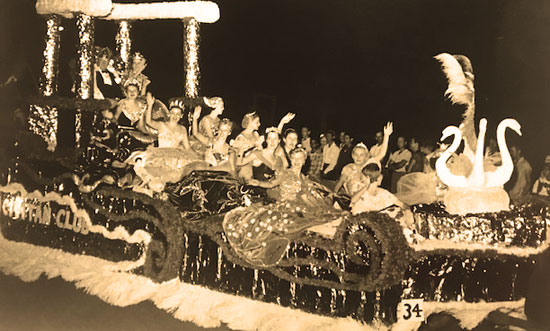 Members of the 1954 Royal Court ride together in the Buccaneer Illuminated Night Parade on the first Las Doñas float.